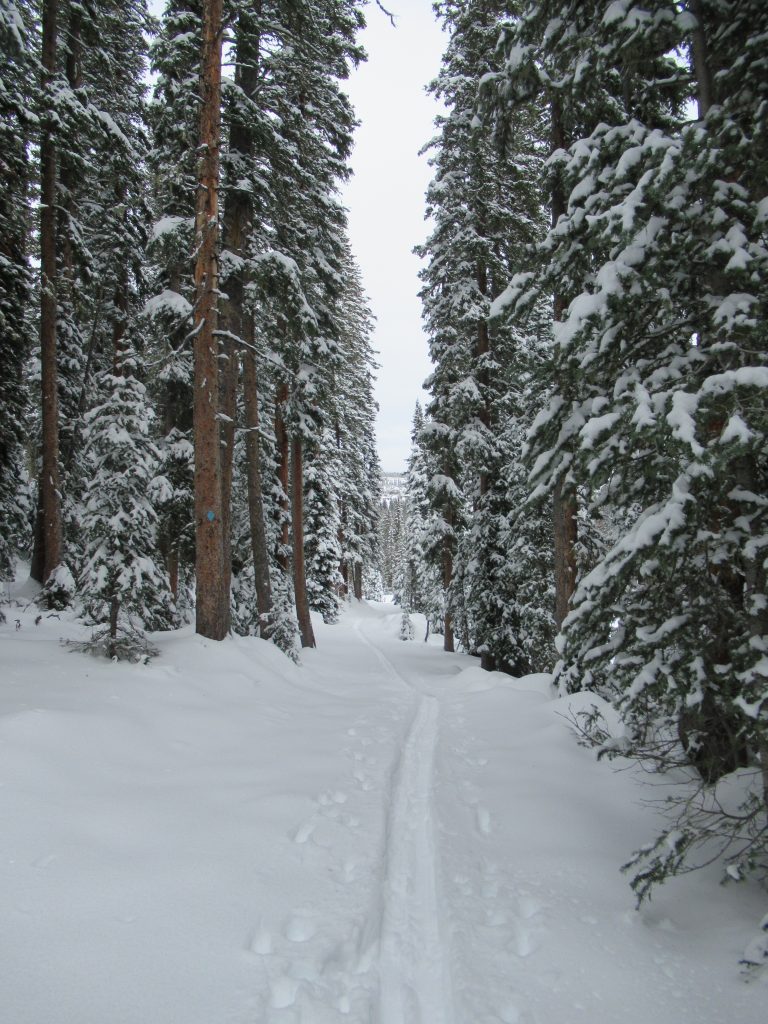 There were lots of ski tracks on the Ward Trail System this morning! The Ward area is very skiable, especially for so early in the season. Snow cover is about 15 to 20 inches. I skied up Staircase Trail, north on Ward, and then down Wild Trail. Lots of other routes were also tracked by skiers. I hit no rocks. But, to be sure, we probably shouldn’t be on our best skis until we got some more snow. There were a few tricky stream crossings this morning. And on Ward Trail, the outlet from Deep Slough Reservoir was flowing fast and wide and was not passable. But people can tour around that outlet by following deep Slough Trail across the dam. There are two newly fallen trees on Wild Trail, but it’s pretty easy to get over them. The attached photo shows part of Ward Trail near Deep Slough Reservoir, just south of the Wild Trail Junction.

Skied out the overlook trail to the overlook. Followed in the track of 2 others who broke trail before us. Very nice of them. The snow is great! The weather was crisp, cold and clear. There is a downed tree on the trail back to Tower that the crew might want to look at.